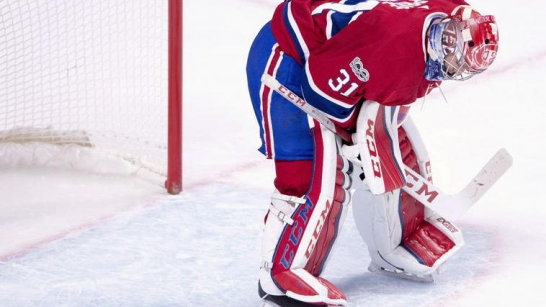 BROSSARD, Que. — The lower body injury suffered by goaltender Carey Price last week is not related to a knee injury that caused him to miss most of the 2015-16 season, Montreal Canadiens coach Claude Julien said Tuesday.

Price did not practice with the team but is expected to be back on skates later this week, the coach said.

“It has zero to do with the injury he had two years ago,” said Julien. “It’s a minor injury and we expect him to be back on the ice in a few days.”

In 2015-16, Price was limited to 12 appearances due to ligament damage in a knee. The Canadiens went into a tailspin without their star goaltender and missed the playoffs.

Price last played in a 6-3 loss in Minnesota on Thursday. Backup Al Montoya tended goal in a 5-4 win in Winnipeg on Saturday night and AHL call-up Charlie Lindgren posted a 2-0 shutout the following night in Chicago.