Ranking the Best Goalies of the 2016-17 Regular Season 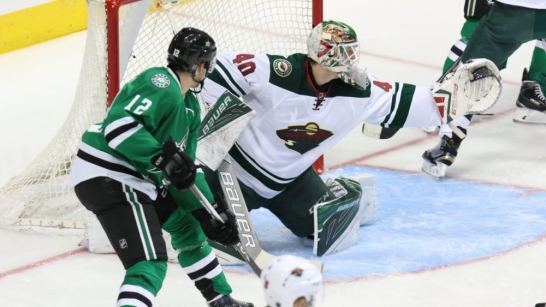 An NHL goalie’s job is pretty simple: stop vulcanized rubber disks from crossing the goal line. Do it more than the goalie at the other end of the rink and you’re credited with a win. At THW we offer you our NHL Goalie Rankings for the 2016-17 season.

For practical purposes, this article only considers goalies who have played in at least 41 regular season games (half a season). There were 30 goalies who qualified. Playoff performance and historical data were not factored in.

Using wins alone, Cam Talbot (42), Braden Holtby (42), Sergei Bobrovsky (41), Devan Dubnyk (40), Tuukka Rask (37), and Carey Price (37) led the way. But it stands to reason that the more games played, the more opportunities there are to win. Peeling back a layer, this list takes a look at wins as a percentage of games played, perhaps a better indicator of competitive performance.

The Top 10 – Wins as a Percentage of Games Played

Grant Fuhr racked up 226 wins for the Edmonton Oilers with a goals against average of 3.69. He had the fortune of playing behind an offensive juggernaut featuring Wayne Gretzky, Jari Kurri, and Mark Messier. Not to take anything away from the five-time Stanley Cup winner, but he clearly benefitted from the offense in front of him.